The entire school takes part in the official opening in March 2019 of the newest sporting facility which is purpose-built for basketball, hockey and athletics. The conversion of the second hockey field, grassed by the parents of the school’s young hockey coach, Wendy Cooke, in the 1960s, into this multi-purpose facility also results in the upgrading of the surrounding area, and the completion of the sporting facilities into a sporting precinct on the northern side of the school. Starting from the extreme west edge is the aquatics centre; between that the athletics/basketball/hockey facility, and again between this and the AstroTurf, are new landscaped areas of drought-resistant plants - indigenous grass and aloes. A further sweep takes in the squash courts, and gym where the rhythmic gymnasts perform. The ergo room for rowers’ training, tennis and netball courts completes the arc.

The blessing of the new facility by the school chaplain is followed by a basketball game: matric players versus players from the other teams. It highlights, as it is intended to do, the growing interest in basketball at St Mary’s. Basketball has, in fact, become the fastest-growing sport at the school. The facility, with its two lovely green courts, modern backboards and high-class scoreboard, is timely. Making a guest appearance is our 2017 head girl, Sandile Parirenyatwa.

The 1st basketball team is coached by Emma Ledwaba, whose rise as a basketball player has been meteoric. A year after taking up the sport in 1994, she makes the provincial team and is later to represent South Africa at U18 and senior levels and, after playing college basketball in the USA on a scholarship, to captain the national side between 2011 and 2015.

Two weeks after the official opening, the new facility is put to good use during the annual St Mary’s Investec Hockey Festival. 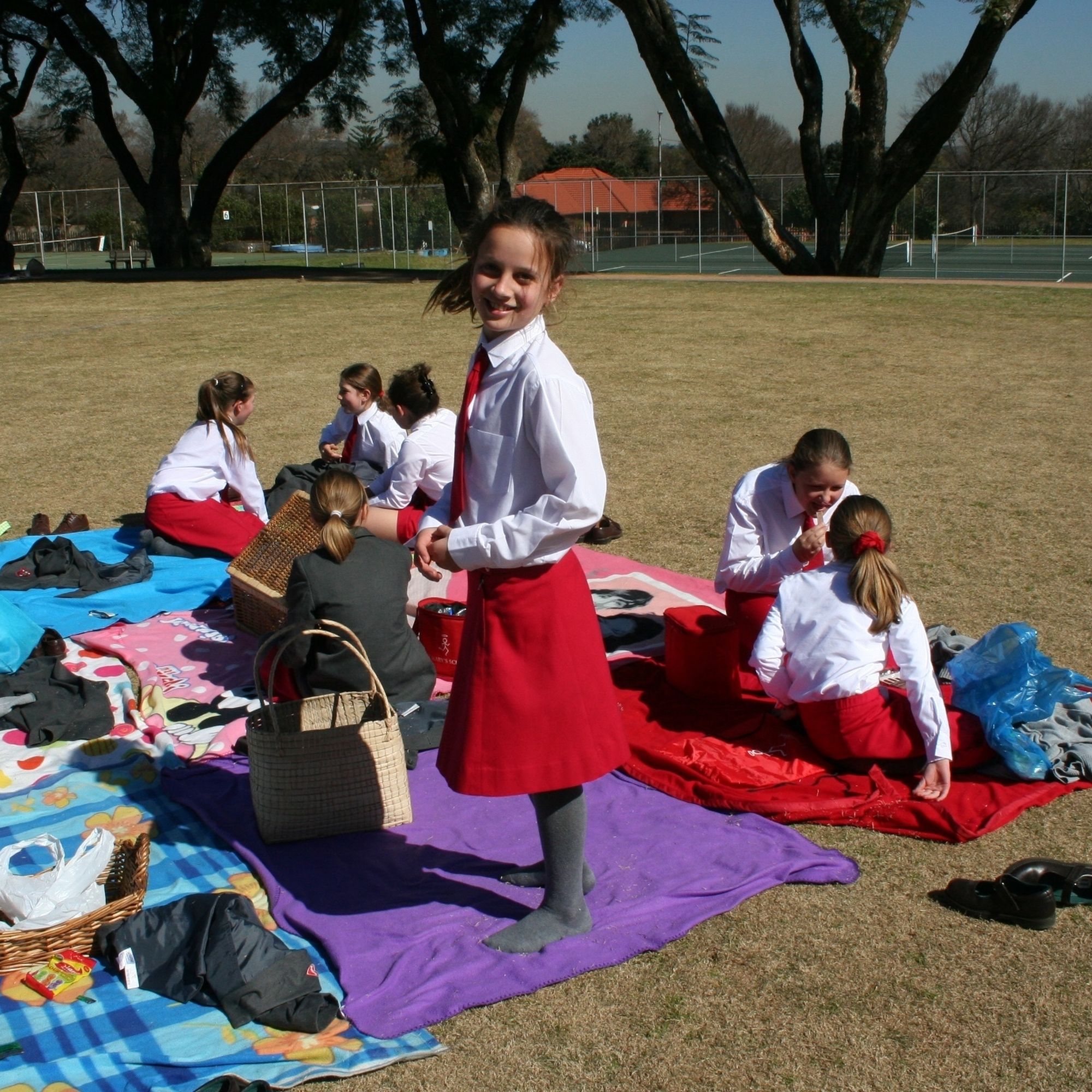 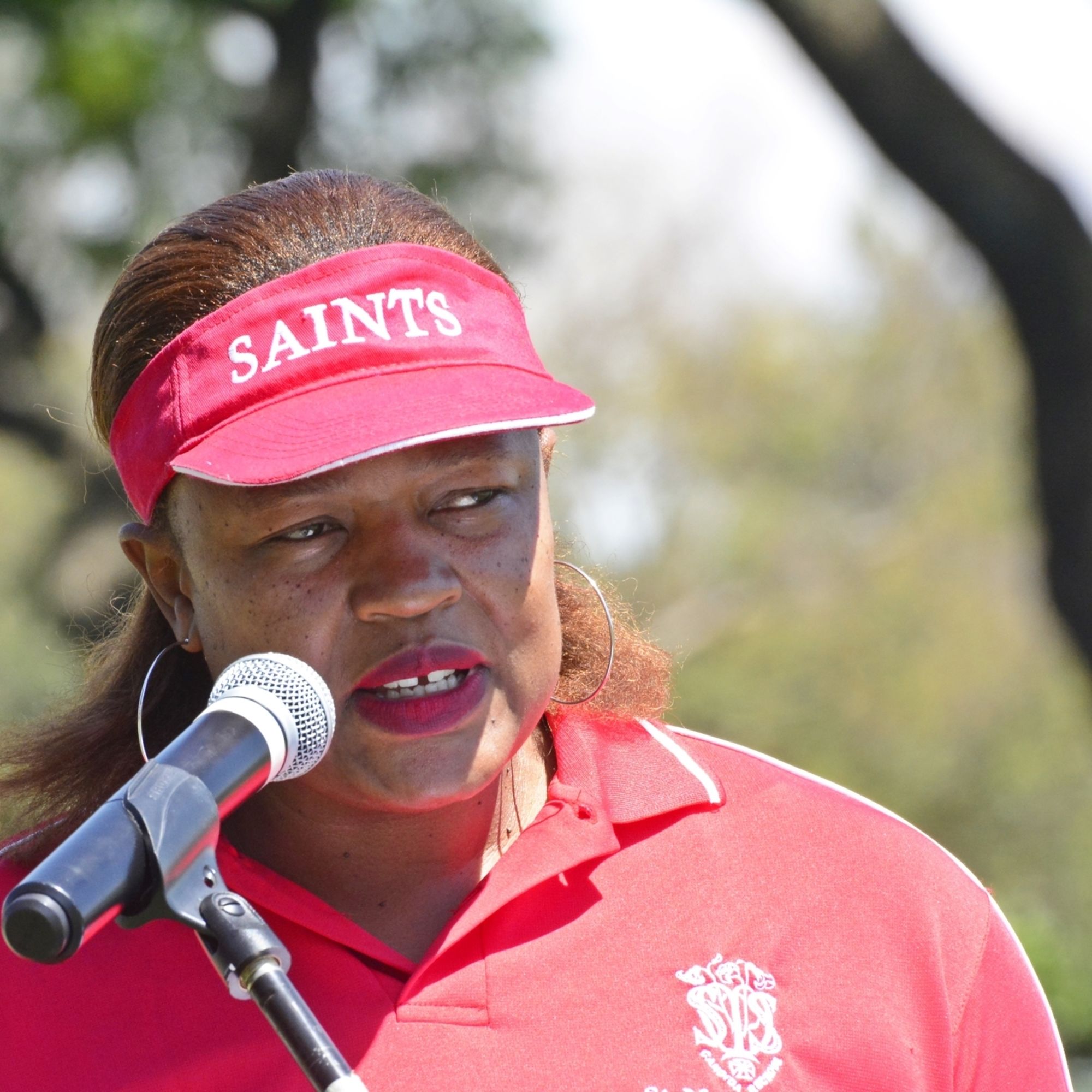 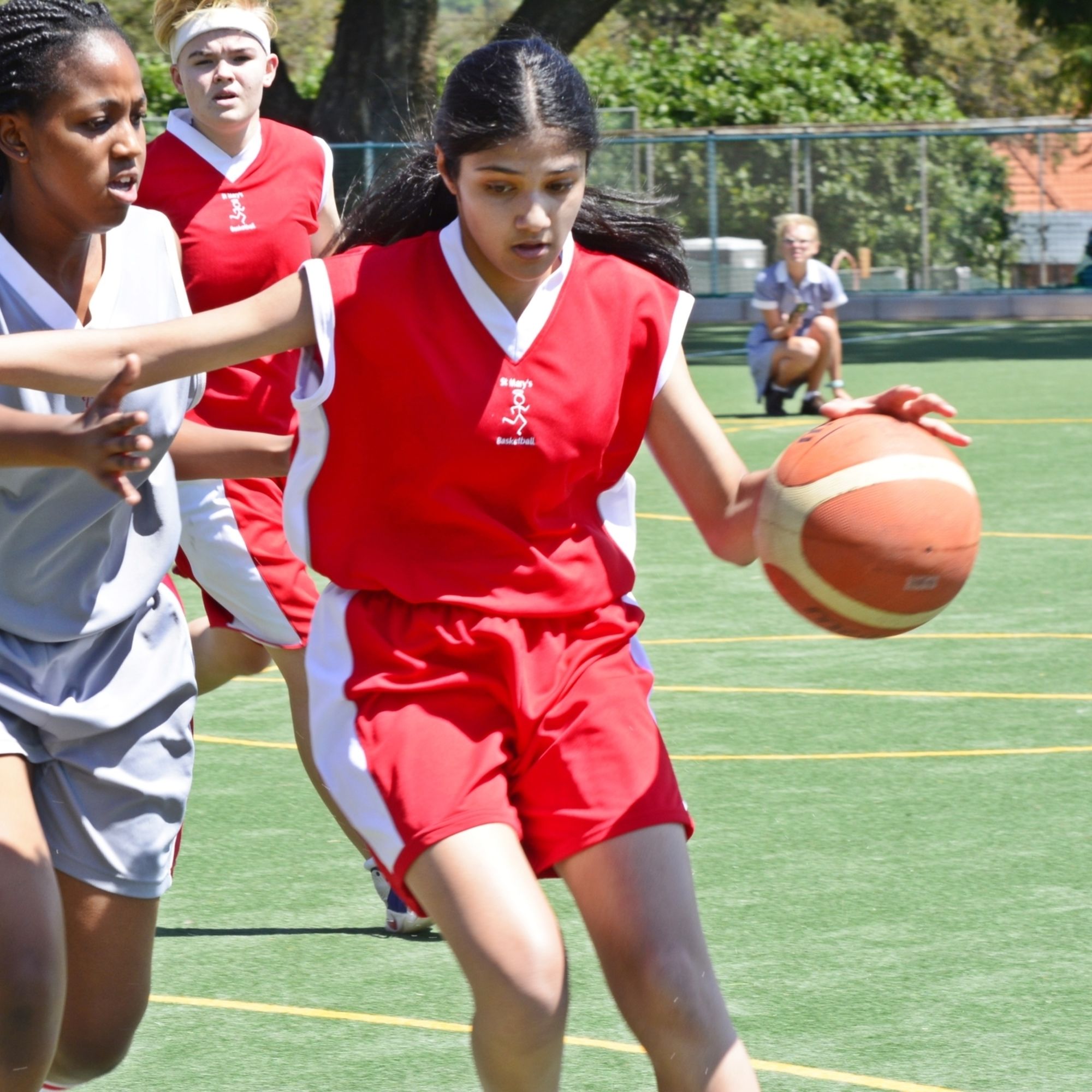 A game of basketball 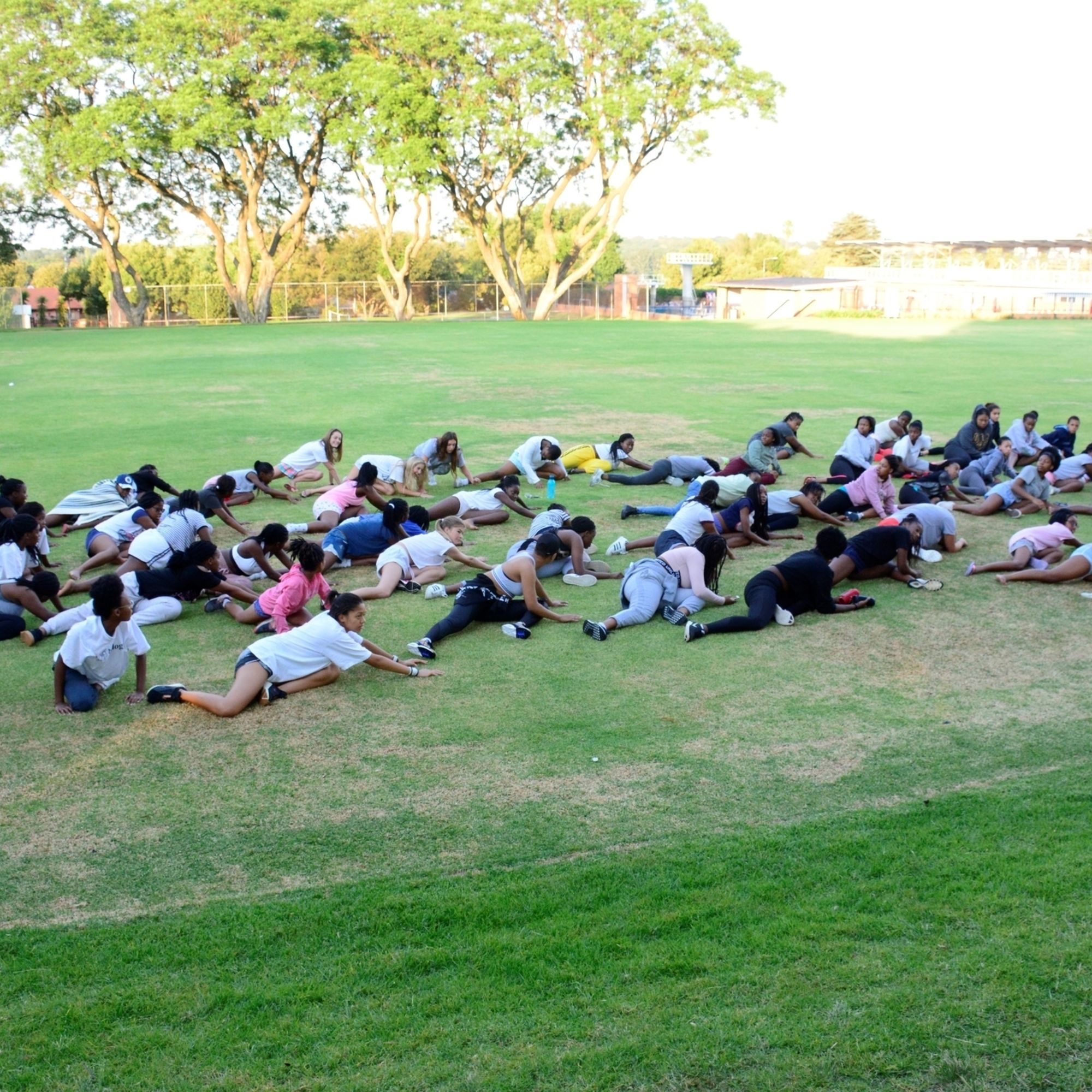 A stretching session on the old field 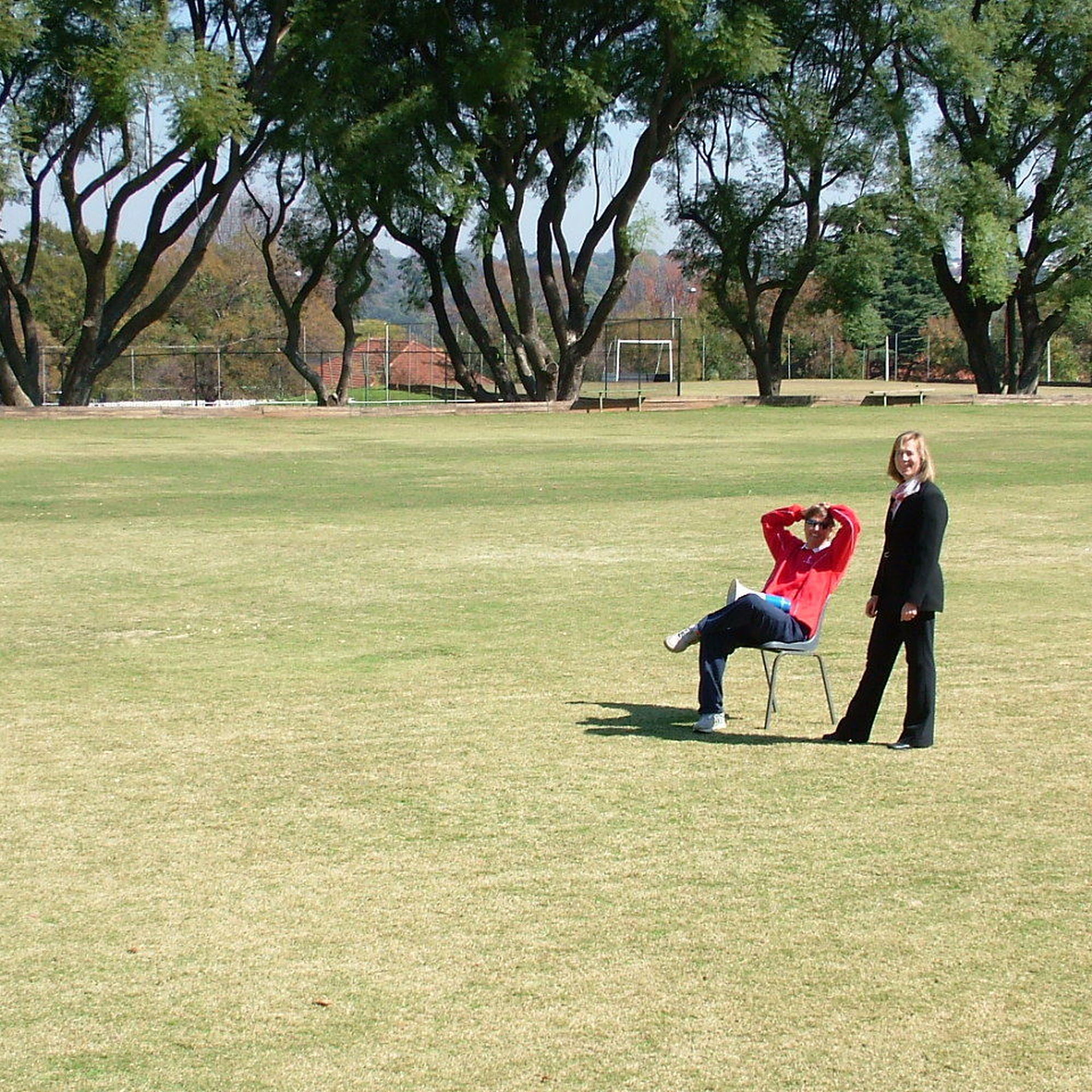 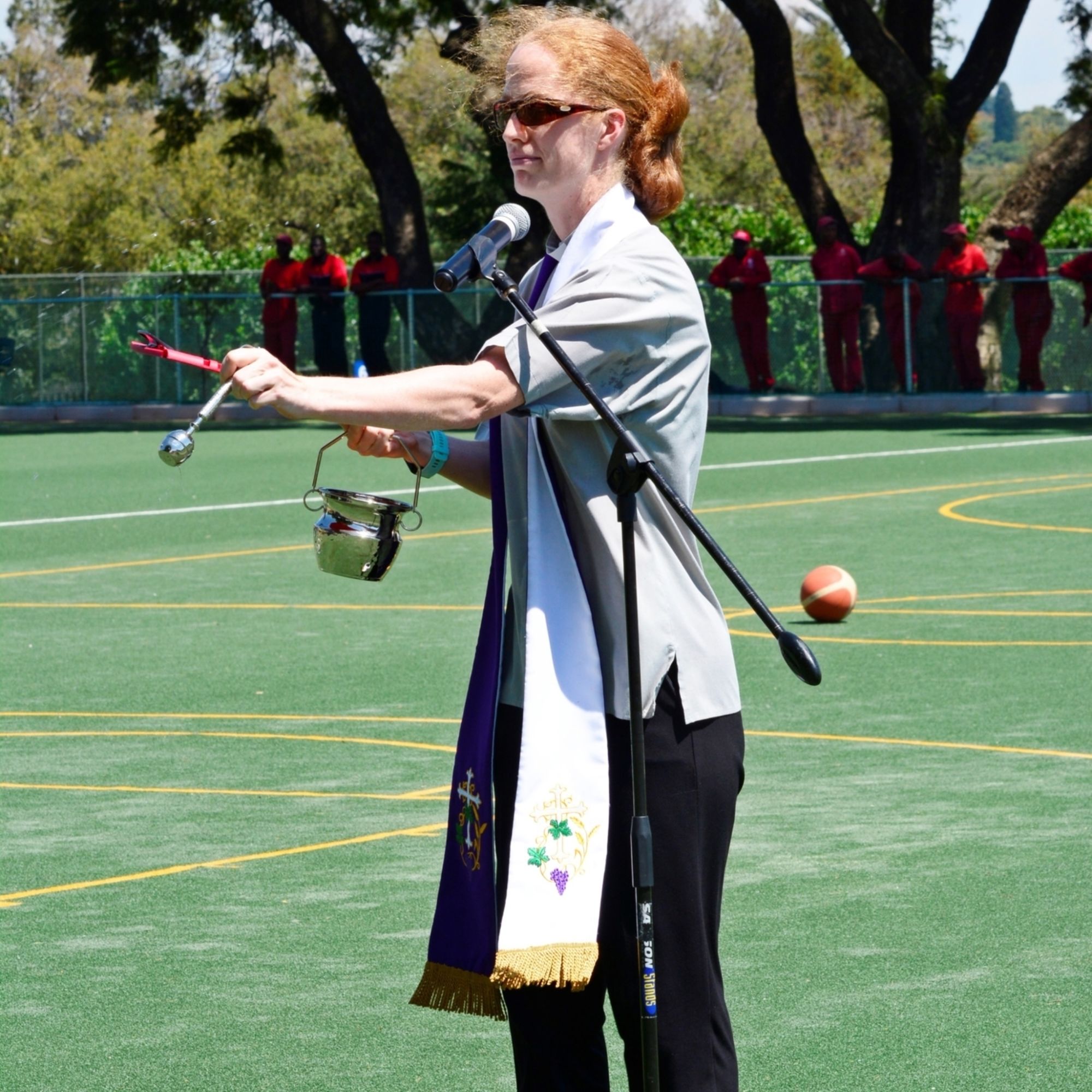 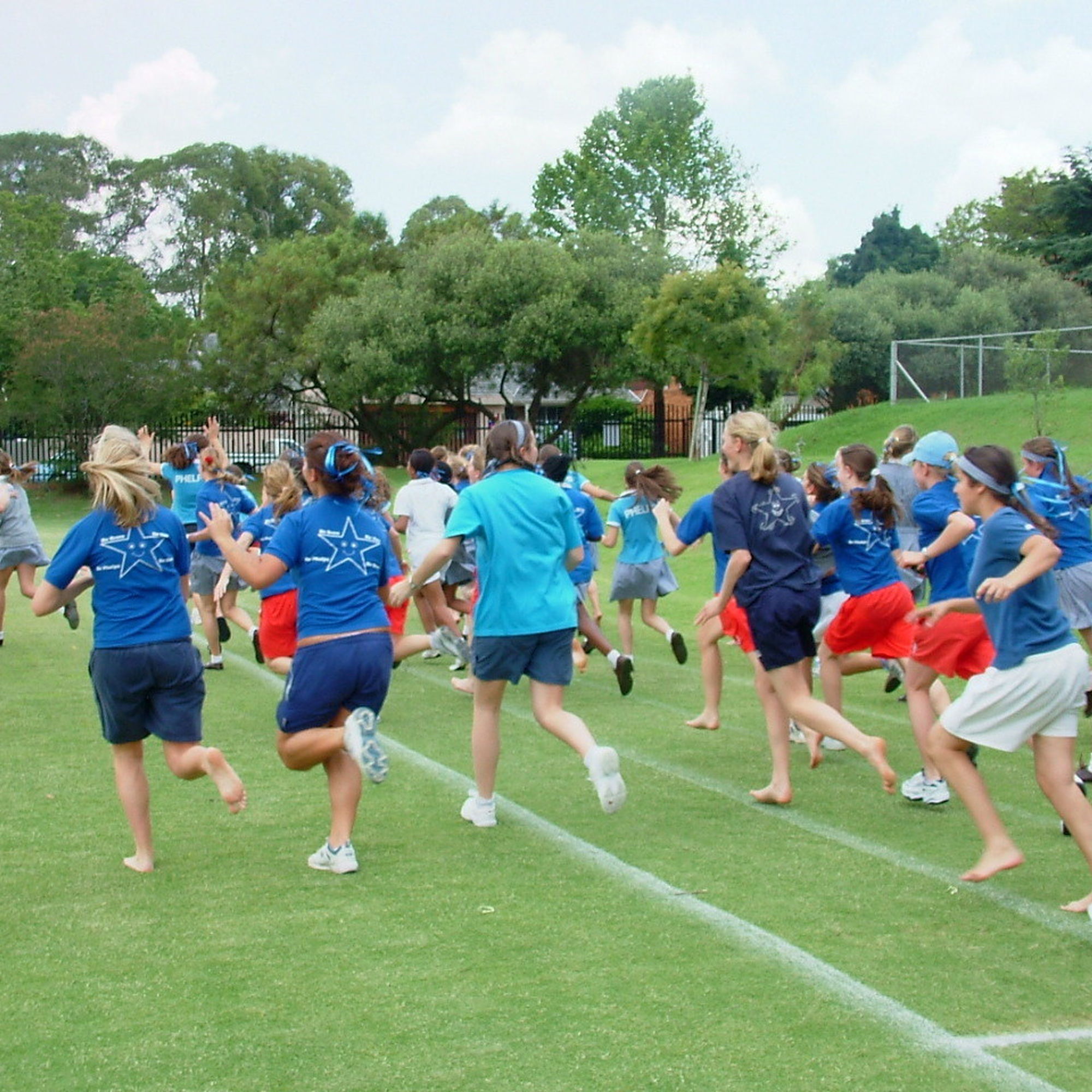 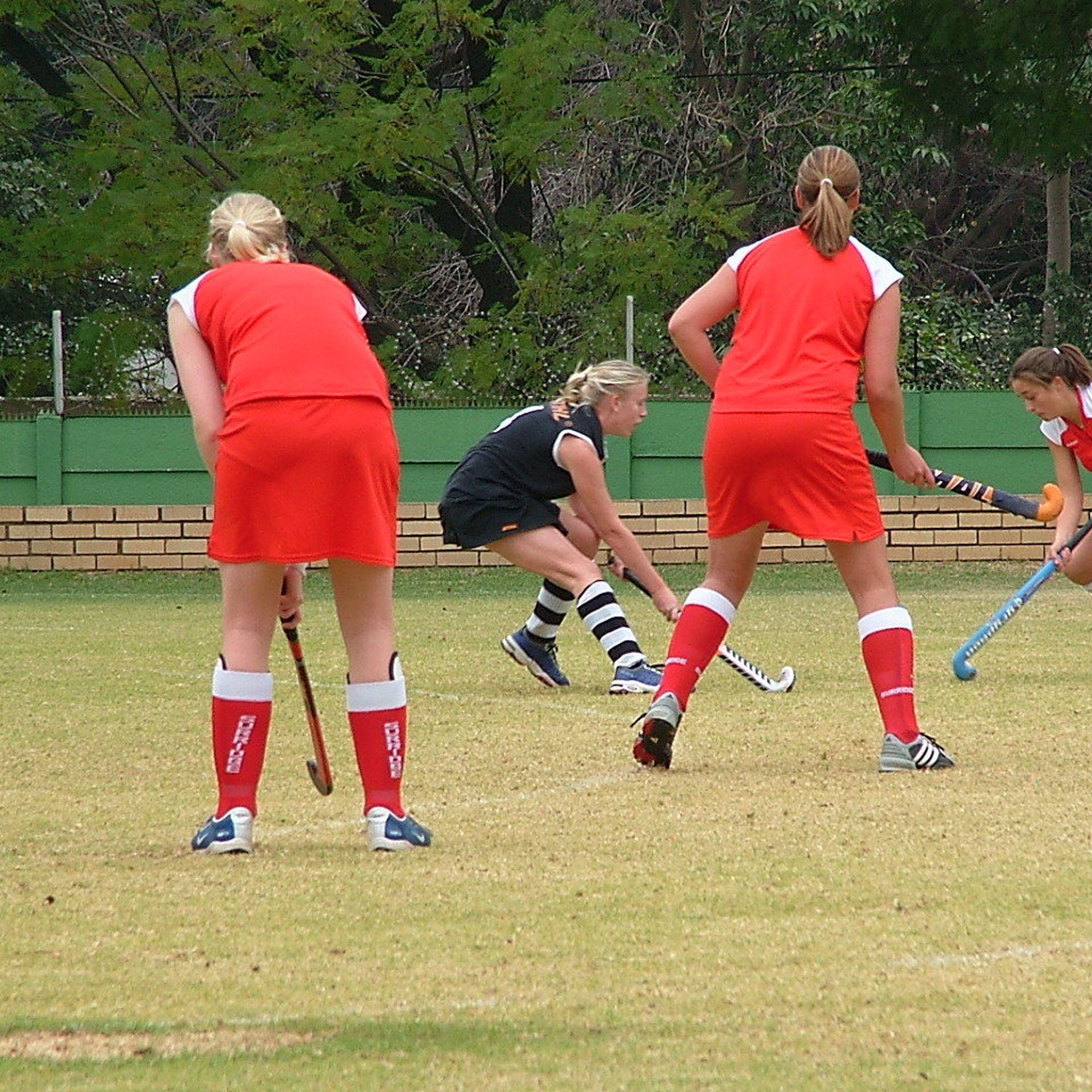 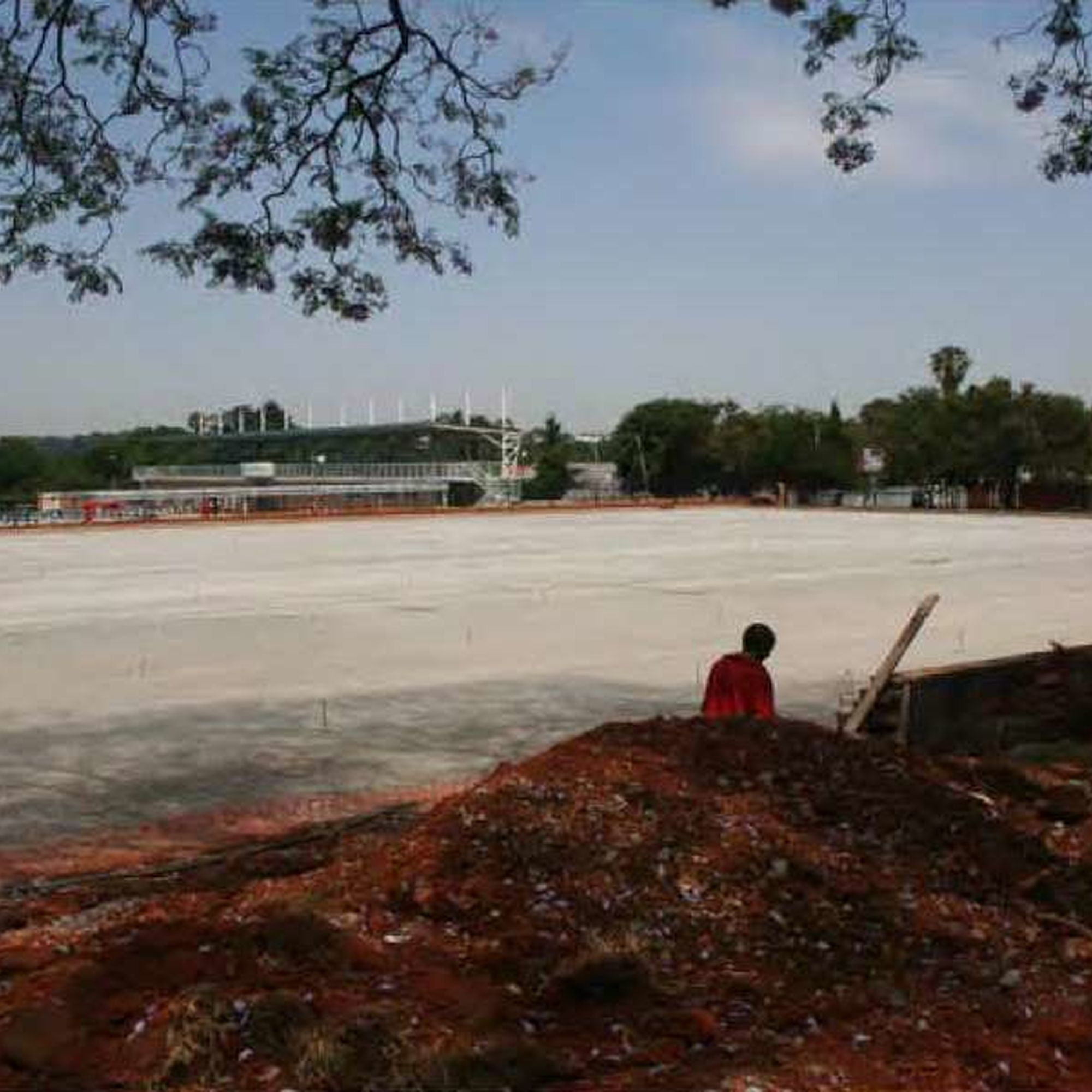 Converting the old field into the multi-purpose field 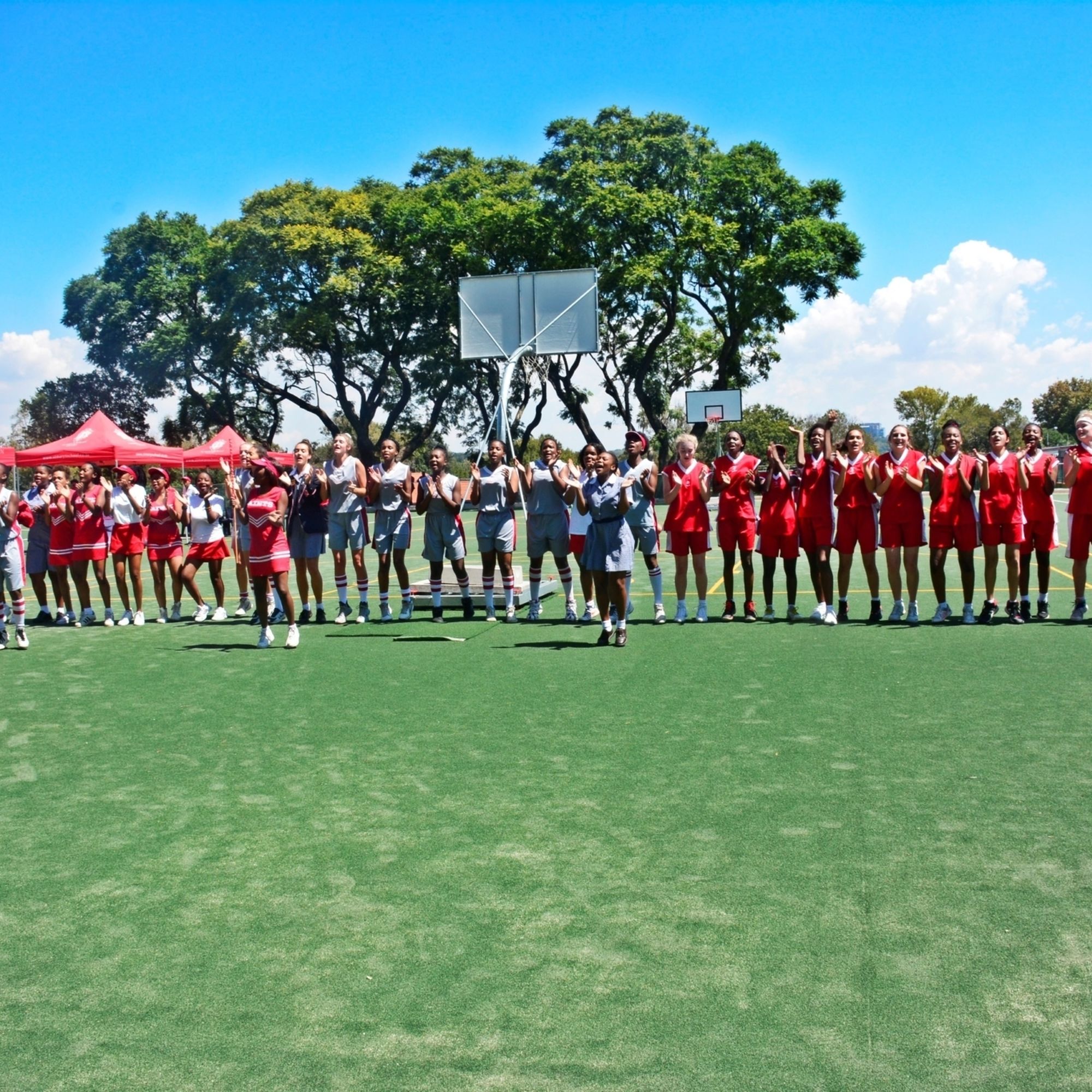