Politics in South Africa and at St Mary's

Three years after the country’s second peaceful democratic elections in 1999 and the voluntary disbanding of the various military wings of the liberation movements, right-wing terrorism rears its head when the Boeremag sets in motion a plot to start a race war, with a series of bombings in Soweto. Their treason trial is to become the longest-running hearing in South African legal history – they are eventually convicted and sentenced to lengthy jail terms in 2013, 11 years later.

In 1999, St Mary’s holds its own exercise in democracy: a mock poll. After a well-fought campaign (with only a little intimidation), the process is overtaken by a putsch in which Mrs Brown and the leader of the winning party are taken hostage. Fortunately, sanity eventually prevails and, says the school magazine, “St Mary’s continues to prosper under democratic rule after only a minor hiccup”.

In 2003, the Truth and Reconciliation Commission, the monumental process chaired by Archbishop Emeritus Desmond Tutu to uncover the truth about apartheid-era crimes and foster reconciliation among South Africans, releases its final report. Although the commission, and its work, are criticised for being uneven and favouring perpetrators of human rights violations, many accept that its work has been largely successful.

In 2004, the ANC government stretches its majority to almost 70% in the general election but then begins its downward trajectory, with charges of corruption being laid against a number of prominent people, the most notable of whom, Jacob Zuma, is soon to become South African president.

One struggle icon who is to witness the moral decay of the oldest liberation movement on the continent is Mrs Albertina Sisulu, with whom the school has a connection through the Eskom/Walter Sisulu Bursary, established in her late husband’s name; the bursary has enabled a number of girls to attend the school. One of them, Tinhiko Mokgawa, returns to teach at the school as Mrs Nkuna, and is soon to become the deputy head in charge of innovation. 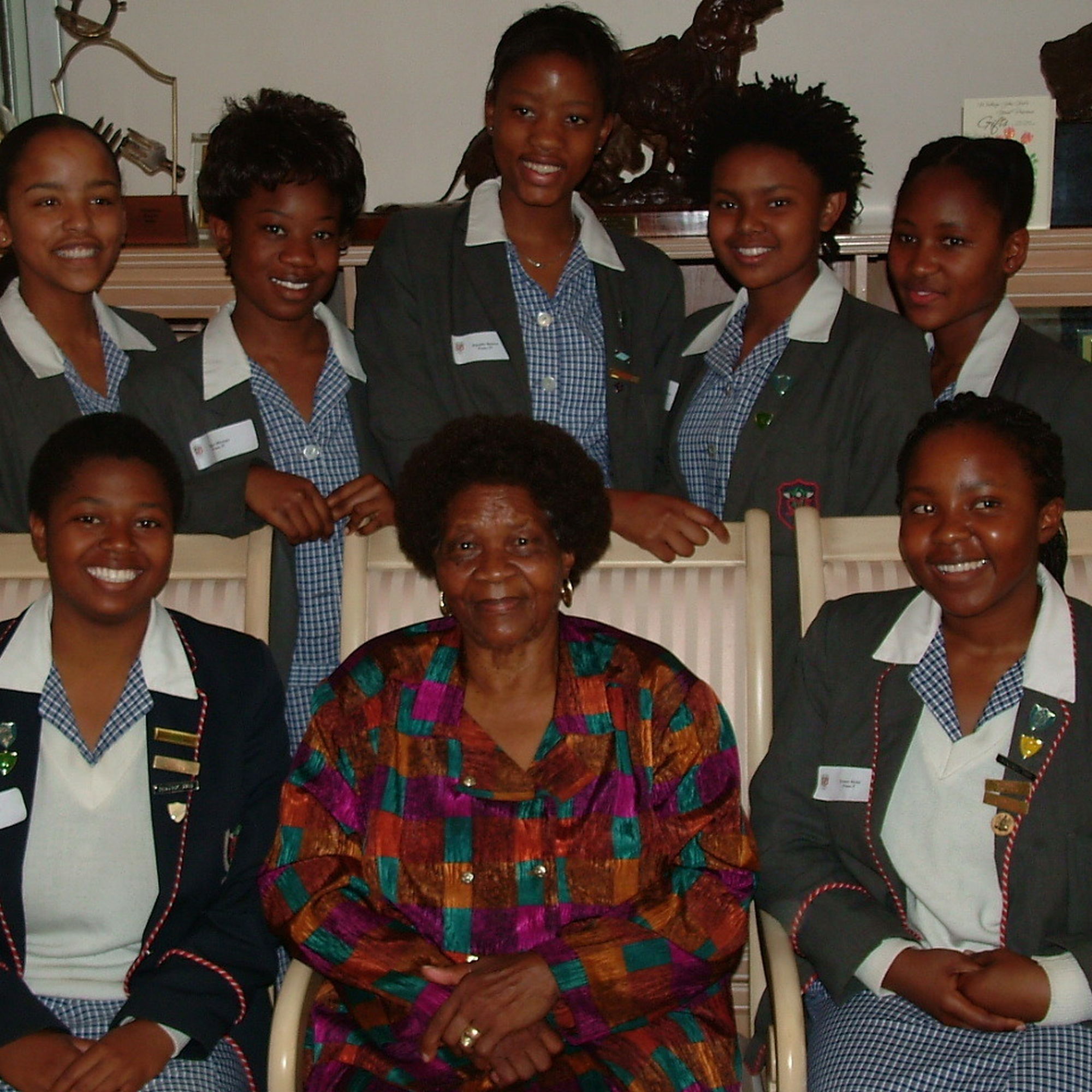 Mrs Sisulu with girls at the school in 2005